Jack’s first cartoon for the New Yorker was published in 1974: 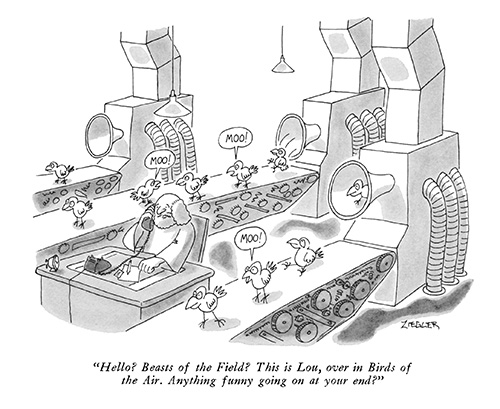 Here’s what Jack had to say about that first sale:

Shortly before Christmas of 1973, on my regular stop at The New Yorker to drop off new material and pick up last week’s returns and rejection slip, I was surprised to find an almost illegible note clipped to my sheaf of that week’s losers, “Dear Mr. Ziegler, would you mind stopping back to discuss one of your ideas with me?  Thank you.”

It was unsigned, but I knew it was from Lee Lorenz, the art editor.  After having the note verified by Natasha, the dark, smoldering vixen who was moonlighting as a receptionist, she let me in.

It was below freezing that morning when I left my apartment so I had on a heavy sweater, topped by a wool sport jacket.  By noon, however, the temperature had soared and perspiration was now dripping off me.  I nervously took my seat in the anteroom alongside several other gentlemen – “real” cartoonists (as opposed to me – the neophyte), all easygoing guys who, unlike me, were quite comfortable hanging out there.

When Lee invited me into his office, he made no mention of my addled state nor did he inquire after my apparently questionable state of health.  I sat in the chair opposite him as he pulled my drawing from a fat pile of other people’s work on his desk.  It was a cartoon that had made me happy when I came up with the idea.  Lee asked if I wouldn’t mind if they bought it for the magazine and if I’d be amenable to considering a few changes.  It was my first exposure to the extremely polite ways of The New Yorker in conducting business with its contributors.

The caption and layout were fine, he said, but some adjustments would be required in the body of the drawing.  Could I perhaps make the fellow on the phone older and a tad more biblical?  And the inner workings of the conveyer belt seemed, well, not quite mechanical enough.  Just a few lines added onto the finish should do it.

Two weeks later I received a check for $305, the largest payment and oddest amount I had yet received for any cartoon sale.  When I was paid one month later for a second drawing they’d bought, I was shocked to find that my “regular” fee had been reduced to $215.

“Surely there must be some mistake,” I sobbed to Lee the next day over the phone.  After a while, he figured out my problem and told me about “the formula.”

The New Yorker, I learned, paid strictly by the square centimeter, i.e., the amount of space a drawing would take up when it got published in the magazine. 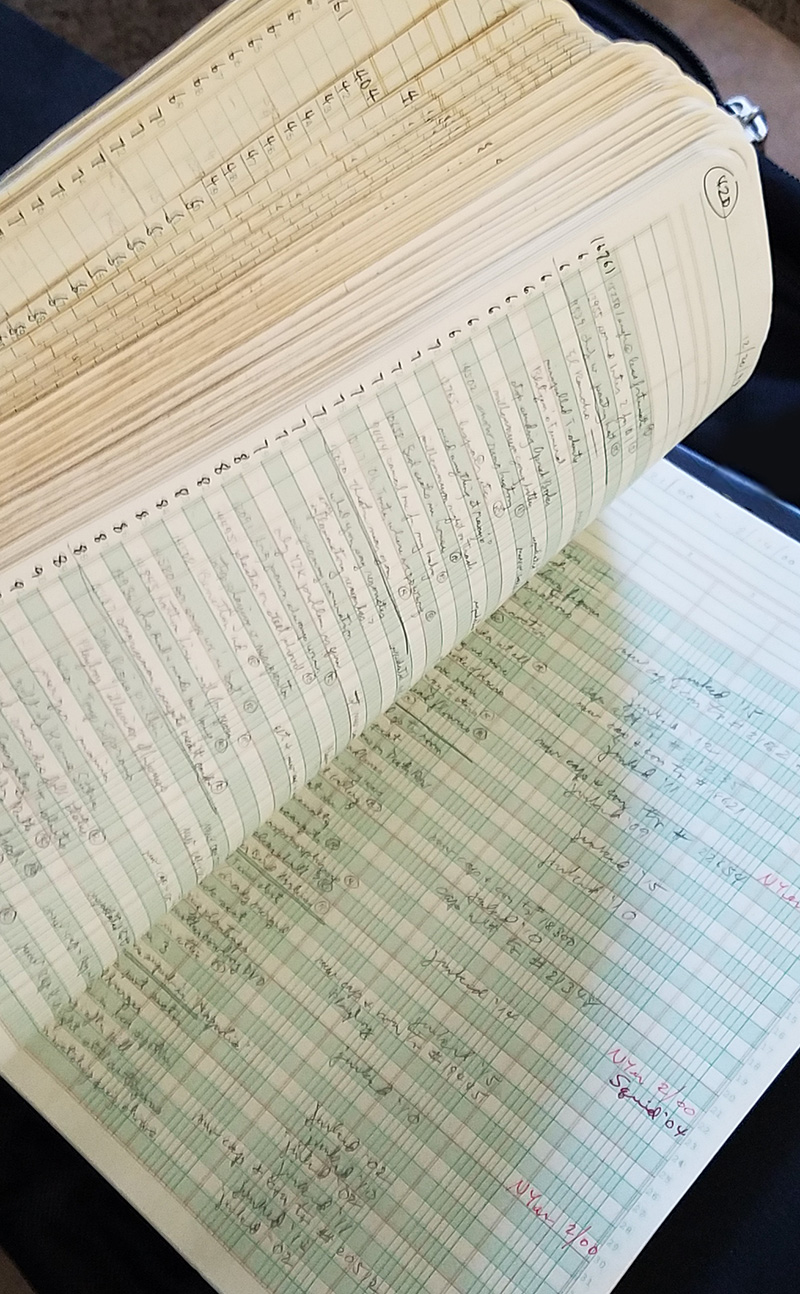 Jack kept extensive records of the over 24,000 cartoons he created, numbering each. His records include the date of submission (batch date), place each cartoon sold and/or appeared and when it appeared. He kept separate financial records containing cartoon number, sale amounts, check dates, and purchaser.

Frankly, for those of us who consider “good record keeping” to be a shoe box crammed full of receipts we’ve dropped on our accountant’s doorstep like a flaming bag of dog turd, it’s impressive.